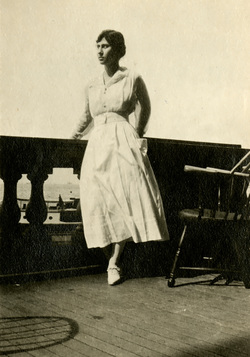 WELCOME
The Women's Mercury, with wings on our heels and on our hats, will be spreading beautiful performances throughout the Richmond community and beyond.  We are particularly interested in telling the stories of women and in providing writing, directing and performance opportunities to women.  This doesn't make us "anti-man" by any means, but, like Meryl Streep, http://www.nywift.org/ , we want to celebrate women--especially women over 40.  If you have a one-woman show, an unperformed script, a burning desire to direct a particular show or if you want to talk to someone about the seed of an idea--someone who will help you bring it to fruition and NOT co-opt it, you've come to the right place.  The Women's Mercury has been percolating as a concept since 2005, but ten years later, we still feel there is a need and we're ready to fly.

OUR NAME
Founded and incorporated in Richmond, Virginia in 2006, The name “The Women’s Mercury” is a play on the name “The Ladies Mercury,”  the first-ever women’s weekly periodical.  Published from February 27 - March 17, 1693 in England and Scotland.  The Ladies Mercury was created to answer “all the most nice and curious questions concerning love, marriage, behaviour, dress and humour of the female sex, whether virgins, wives, or widows."  It was written by men.  We’re surprised it lasted four whole issues!  Now, that we’re “women,” and not “ladies,” we can ask and answer our own questions.

OUR LOGO
Created by artist and Women’s Mercury board member Greig Leach www.greigleach.com, our strong woman is actually a “winged liberty head dime,” but probably because of her wings, people assumed she was a man and represented Mercury, messenger to the gods.  The winged cap was actually meant to symbolize “freedom of thought.” The model for the original likeness was Elsie Kachel Stevens.  The coin’s designer was Adolph Weinman, a German immigrant.  Minted from 1916 to 1945, the coin’s circulation started about the time women finally began to make progress in their struggle for Suffrage through the end of WWII when “Lady Liberty” was told, “Get back in the kitchen!  And look lively.  Hey, now you've got you a washing machine!”  We admit the use of the coin’s image was serendipitous, but we feel that the “Mercury dime” is a lovely representation of our goals as an organization and of the inevitable assumption that anything with wings to fly must be a man!
To read about the history of the “Mercury dime,” go to http://www.articledashboard.com/Article/History-of-the-Mercury-Dime/48452

BRIDGET'S BLOG
Bridget Gethins has been blogging at www.beingwoman.blogspot.com for several years.  We hope you will read her stories of unsung American women like Alberta Williams King. In order to know where we’re going, we have to know where we’ve been.  The main question Bridget seeks to answer is this:  "What did women do in the olden days and why don't we know about it?"

WE SALUTE Mary Sue Carroll (1953 - 2005), eleven years after her death, The Women's Mercury founders remember our dear friend as the brilliant actress and bright light that she was.

On Wednesday, August 12th, after our last SUMMER O'THEATRE AT O'TOOLES, we invited Mary Sue's friends to join us in the Back Room to watch Tim Ireland's tribute film, "Mary Sue Carroll:  The Show of Her Life" It was great to laugh and cry together.

If she were alive, Mary Sue would have been a founding member of the Women's Mercury, no doubt about it. It is for artists like her that we exist.  The photos below are mostly from my collection as I have always claimed "discovering" Mary Sue  in 1985.  On the phone, her voice "sounded like money," but when she showed up at my Grove Avenue apartment to audition for Baby with the Bathwater, she had come from an Ululating Mummies late night!  I was INTRIGUED. We did several shows together until 1993 (Laughing Wild) when she became EVERYONE'S Mary Sue and I was teaching and directing my butt off!     --Keri Wormald